Let it be known that even  ‘ironwomen’ can suffer from low iron. The first thought we turn to when mindfully trying increasing our iron levels is to eat red meat – but what other forms are out there and what are the best plant-based sources of iron?

Iron is an important mineral necessary for many vital functions within the body including promoting energy production, supporting a healthy immune system and transporting oxygen through the blood to the lungs and muscles.

The most common symptom of iron deficiency is fatigue but what will be of interest to my fit friends is that loss of endurance, high exercise heart rate, low power, frequent injury, recurring illness, and loss of interest in exercise and irritability are also symptoms. Other symptoms include poor appetite, increased incidence and duration of colds and infections, hair loss, heart palpitations, dizziness when standing and unusual thirst, oh and constant tiredness! Do any of these correlate to you? If so a blood test will confirm.

+ Non-haem iron comes from plant sources and dairy products and makes up approximately 85% of the average intake.

However, it’s important to note that our body absorbs haem iron and non-haem iron differently.

Did you know that food sources that contain haem iron are absorbed 2 to 3 times more readily than that of non-haem iron food sources? This, unfortunately, may pose a problem for those of us that follow a vegetarian or vegan diet because we may not be consuming the recommended daily intake (RDI) of iron strictly from consuming plant sources and dairy products.

According to the National Health and Medical Research Council

+ Women over the age of 51 years old should be consuming an RDI of 8mg of iron per day.

+ Men over the age of 19 years old should be consuming an RDI of 8mg of iron per day.

The reason why the RDI is different between the two women age groups is that women aged 19 to 50 years old require a higher iron intake due to the blood loss during menstruation. The demand for iron intake in women then declines after the age of 51 years old because women are generally entering into menopause. The National Health and Medical Research Council also have set RDI’s for iron during pregnancy and lactation in women aged 19 years and older; 27mg of iron per day is required during pregnancy and 9mg of iron per day is required during lactation.

So let’s take a look at which plant-based foods are rich in iron to help support healthy iron concentrations so we can ensure we’re reaching our RDI each day. Please note that you may have to combine several of these plant-based foods to reach your recommended daily intake for iron.

Supplementation of iron may be required during pregnancy and breastfeeding, heavy menstrual bleeding, gastrointestinal disruption, iron deficiency, heavy training and if you follow a vegetarian or vegan diet.

When iron supplementation is not needed, healthy iron concentrations can be maintained through the diet. So now you know why the mineral iron is so important for your health, instances when you may require iron supplementation and what are the best plant-based sources of iron; particularly important to help maintain healthy iron concentrations in those of you who follow a vegetarian or vegan diet. 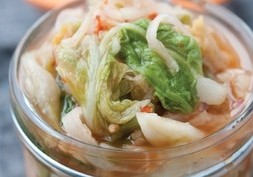 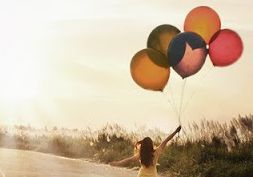 4 Ways to Improve Your Energy Through Nutrition 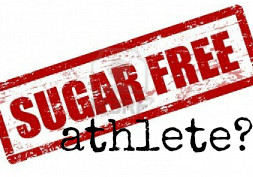