Did you know that if we took everything off the supermarket shelves that contained sugar then only 20% would remain? Twenty per cent! That is a shocking admission and something that Aussie mastermind and film producer Damon Gameau is determined to build awareness around by uncovering the coated truth around sugar, the products it’s plays undercover in and it’s effects on a healthy body.

That Sugar Film is Damon’s experiment to prove how an ordinarily ‘healthy’ diet is actually not as it seems. We have been drilled in the past couple of decades to consume low-fat foods but these are in fact our undoing and just promoting sugar cravings more.

This is no ordinary film, and as I explained to Damon it’s the first food docco my husband has not nodded off in and that’s due to the way he has cleverly produced the film to keep you engaged the way through. My 7-year-old now has a new superhero aka Superhero Sugar Man (Damon) in his Y-front undies (and invisible cape).

Damon was set the goal of eating a high sugar diet of 40 tsp a day (just above the daily teenage average) for 60 days BUT this was to be done without the help of icecreams, chocolate or the usual suspects. Perceived “healthy” foods like yoghurts, juices, muesli bars, smoothies and sauces were given the green light and the results were disturbing.

In just 3 weeks, a fatty liver had developed and an extra 11cm of visceral fat was added to his waist. From eating no fat and fewer calories than his usual diet, Damon actually put on weight.  This film really has brought light to the fact that calories simply aren’t calories and the body reacts differently to sugar calories.

After reading his book, That Sugar Book and watching the film with my family, I was super lucky to catch Damon for an exclusive chat in between film screenings on the Gold Coast

I think a lot of these eating habits have been quite deeply ingrained especially in my generation and older. It may be a little trickier to undo those but I certainly think we can reduce our sugar intake and the habit of having so much sugar.

As you can see from the film what we are hoping for is for you to get back the power and be aware of how much {sugar} you’re having, it’s not that hard to reduce it from 15/20 tsp a day down to the recommended amount but my goal for the film is for families and kids in mind. {Ed note recommended amount of sugar for adults is less than 5-8 tsp a day}

We are getting a great response from the kids and are hoping to get the film into as many schools as we can. We have done the school study guide for different year levels for grade 5 and up and for teachers and a school screening program. So hopefully we can really push this program to see a change in the tuckshop, change the understanding of what sugar is in and hopefully set the kids up for a healthier future.

What can you suggest to parents as ways to explain to their kids that sugar is now a thing of the past?

I guess it’s about relaying the information to your kids but without setting up ill feelings and demonizing sugar. Just trying to give them an education around bringing the positives and not the negatives. Rather than saying “right, we’re going to cut out this” and being negative about it but providing other options like “You’re going to be stronger, you’re going to have a sharper mind, you’re going to be a better person for it”.

I also guess trying to encourage kids to eat fruit. Fruit is so sweet, my wife Zoe has just made some chocolates using a real banana and other fruits and that’s the way to go. It’s ok to have a treat but the sweetness is coming from fruit rather than a chemical version.

It’s going to take a while to shift the paradigm because insulin resistance developed about 100 years ago and I’m confident that if we start at the schools and teach the kids so they aren’t getting ostracised. Hopefully, more and more kids attitudes will become accepted and if a kid has a soft drink, they know how much sugar is in the soft drink. What about athletes, they have been known to have shocking habits in regards to sugary foods and drinks. Does sugar have a part in any sportspersons diet?

There is certainly evidence that if you’re going to play a 3 hour game of football or run a marathon then maybe you can have one of these drinks to replace your glycogen stores. If you’ve done that amount of extreme exercise then maybe it’s ok. But certainly, if you’re playing X box on the couch then you’re certainly not exerting enough energy to warrant that kind of drinks.

We had AFL players in Melbourne that are changing their diet, that used to have 3-4 sports drinks a day but now their not, their now having more healthy protein kind of shake and their not snacking on lollies between training and are now eating nuts and cheese.

There is some science coming through now with athletes that are completely sugar-free and run on fat. What happens with liquid gels is that they act as kindling and give a quick burst of energy but you can actually run on a fat supply which is like throwing a big log on the fire and they can actually run faster for longer.

I think we’re going to see a big shift, even though it’s not for everyone with some big teams already doing it. The big thing also is we are not going to see athletes, once they retire blow out and have majorly metabolic problems because they are going to be ok just by continuing to follow this kind of diet.

What are your lifestyle tips for reducing sugar intake?

What Zoe and I do is we just don’t eat any processed foods. We shop at our local supermarket or markets down the road and we buy real foods. We’re snacking on pieces of cucumber or some cheese, almonds or a piece of fruit. We also eat a lot of healthy fats, so avocados and coconut oil and our basic rules are to cut out the refined carbohydrates so we don’t have a lot of bread a lot of white carbs and no sugar and it’s pretty simple really.

Studies how If you give real food to your body it just jumps and it adapts and it works, if it needs to lose weight it looses weight. It’s like you’re setting the reset button and I guess that’s the way the body heals itself. You just have to let it be and get out of the way of feeding garbage into your body. An example of one of Zoe’s recipes which feature in That Sugar Book.

What was the best and worst part of this experience?

Well, I think the worst part was a combination of things, first of all, the aboriginal communities and the neglect there and why they haven’t been more closely monitored. Obviously the young boy in the film with mountain dew mouth and having his teeth pulled and I guess the games the institutes play in society and the big league propaganda to the public, that kind of thing makes it tough for the people that are just trying to do the right thing. The big corporate structures just don’t care and are just out there to make money. That’s not right, that lack of due diligence is something that we hope to turn around very quickly.

The best has been the past month when the film has been all finished and because it’s been such a beast of a film with all the special effects and just to see it now in the all screenings and in particular to a school group about a month ago and to see their reaction was so animated, it was like being at a rock concert and they just loved it. That meant a lot to me and it really filled my heart and I thought well, that is really connecting with the demographic that we are targeting. Also, the fact that all the screenings have had a great response and are all sold out, that is like a dream.

What are your tips for someone who is ready to get on top of sugar and quit the gremlin?

Well one of the things that worked for me is that you have to understand that fats acts in the same way as sugar does in activating the reward centre in the brain, not exactly the same but slightly so I will go for avocados and use coconut oil. The other trick is to use reverse psychology so to have something really foul (like apple cider vinegar) and it’s almost like your brain says “well, I’m not going to have a craving if you give me that crap” so I guess a good way to trick your brain. Then if you feel like you are at the point of an emergency call, so your like “Oh my god, I’m craving it” have some fruit. You have to remember, like anything such as the sugar in milk can actually create the craving so the more you can get away from it the better.

Want to see the film for yourself?  Sure you do! Here’s a list of screenings around Australia.

Have you read the book? Watched the film? What was your reaction? 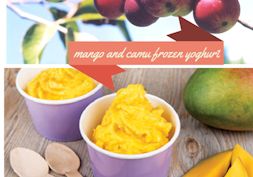 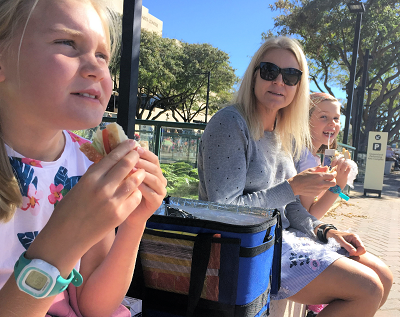 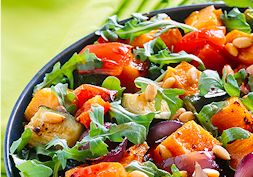