Keeping it Real for the Sisterhood – Post Baby Body 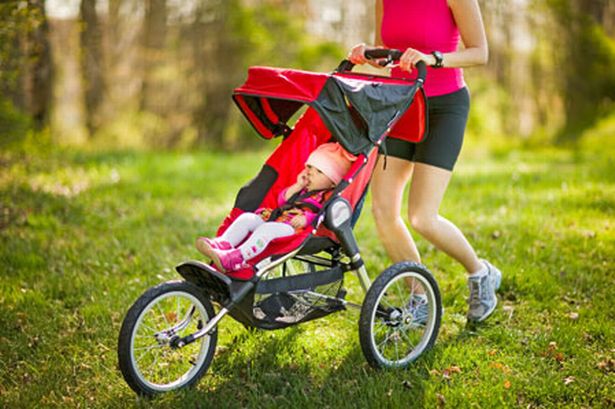 What’s happened to your fitness level since you became a Mum? Are you frustrated by your postpartum shape and lack of downtime or are you just allowing yourself to go with the flow?

When I gave birth to my girls, to say it was a rude shock to all things fitness was the understatement of the century. I’d planned to enter a ten-kilometre run three months postpartum. Little did I know that it would take me three years to reach the starting line! However, everyone’s experiences are different, but I’d like everyone to know that we fitness types aren’t immune to having a tough time during pregnancy and after the baby comes along.

many of your preconceived ideas, like my easy return to ten kilometres running, get completely blown out of the water when you meet your new little person – depending on the child (and nobody seems to focus on this at all pre-birth) and the labour (you definitely focus on this pre-birth), you may be in for an easy run or you may feel as though your worst nightmare has started. Which leads me to the emotion of guilt. “Guilt” would have to be the badge of motherhood, and once we become mothers, we instantly start to harbour feelings of guilt. For example – “I’m such an incompetent mother that I can’t get my screamer to go to bed at the right time” I feel guilty that I’m so exhausted, I no longer look at my hubby as a sex object”

“I feel guilty that I’m not doing it right”

“Am I a bad Mum because I feel so resentful this child gets me up 4 times a night!”And so on. Any mother who is reading this right now would probably be thinking, “uh huh”.
As the kids get older the guilt turns into,

“Am I a bad mother that I would prefer to go to the gym rather than do tuckshop?” (these mothers hang out in my classes) Or vice versa.

“Am I a bad mother that I forgot Johnny’s excursion money?” 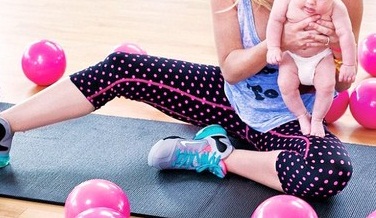 Guilt seems synonymous with motherhood – and this often spills over into the fitness and health arena. Guilt arises from scenarios as not immediately returning to pre-pregnancy weight, having takeaway occasionally (which is totally appropriate when said mother is about to collapse from exhaustion), and looking sideways at another Mum who has perhaps had an easier baby and been able to start running again and feel hopeless that she’s not got her act together “going back to the gym”.It seems painfully obvious that as a sisterhood, we need to do everything we can to help our new Mums and Mums that for whatever reason are doing it tough. Sometimes a mother doesn’t want advice, she just wants a bit of empathy. She’s not weak or lazy or ill-disciplined, she’s just learning how to cope with another human whose personality she knew little of until they turned up. She might be coping with recovery from a Caesarean, in the early years, she’s probably coping with sleep deprivation and many many repeats of “In the Night Garden” (I always thought that Maka Packa was rather dodgy). From a fitness perspective, being able to access a great creche at the gym is a lifesaver for many mothers. For me, the hour and a half I had to do a class and have an uninterrupted shower was a godsend.

Of course, you may not get this time if your bub is projectile vomiting every five minutes, but it’s a good option if it’s available. Of course, it depends on the child – one of my girls was happy to be left in the creche, but I had to stop visiting the gym for about six months with my second daughter because dealing with the separation anxiety far outweighed the benefits of the gym.

If you want to encourage a mother to become fitter, there are a few rules that should be followed:

+ Never ask when the baby is due, especially if the baby is with its mother. I got asked this once when my second daughter was 2 weeks old. I had to say in my nicest voice, “G is two weeks old, do the math”.

+  Never give unsolicited fitness advice about how to get back into shape, especially if you’re sporting a six pack and have never had a baby. This is the equivalent of an invite to be quartered up by a blunt blade and having your innards Instagrammed.

+  Never suggest that having kids should not be an excuse to get out of shape (especially if you haven’t had children yourself) This pertains especially to a new mother. My rule of thumb is that it takes nine months to get stretched out of shape so given the stresses of sleepless nights etc it’s probably going to take nine months and then some to even feel like you’re getting back to normal.

The bottom line is that some babies make it easier for a comeback into the fitness arena and that some pregnancies are more difficult than others and some labours are tougher than others.

Sometimes all a mother wants to do after a sleepless night with a projectile vomitter is sit down with a cuppa and the paper and take a nap, not go and work out. And when you have children, you have to realize that you’re no longer number one. Yes, it’s very important to try and eke out some time for yourself in there, no question – but in these early years, little ones take up your full attention. I’ve had health coaching clients on the phone in tears with mother-stress.

My words are always, “sometimes you’ve got to plan for the day you will have no plan despite your best efforts”

When I was frustrated that my workouts got so interrupted, my mother used to say to me, “time passes”. Of course, I wasn’t terribly impressed with such sage words; but it’s true. Now those little ones come riding, running and swimming with me – and I’ve been able to branch out into things that I thought would never be possible, like teaching early morning classes and riding my bike.

In the meantime what can we do to support our mothers? It’s the things like offering to watch the kids for an hour whilst she ducks off to Pilates class. Or having the older sibling over for a playdate so she can take the little one for a walk in the pram. However, I would like to take a leaf out of my beautiful Earth Mother type gynaecologist and say – “Enjoy that baby – that’s your main priority. Doesn’t matter if everything else takes a back seat for a while”. How true.

Do you relate to this?  Were you active BC (before children) have you been able to pick up where you left off?

How to Choose the Best Sports Bra for You 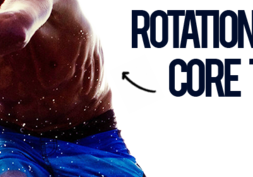 Why Surfers Have Hot Bodies… 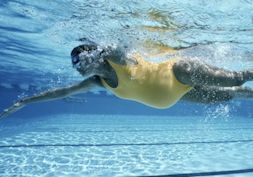 Exercising During Pregnancy, What NOT To Do…