The TV show ‘Fast Food Baby‘ is produced by the BBC and explores the deep-seated reasons why parents resort to junk food feeding and follows three families as they try their hardest to get back on the right nutritional track. 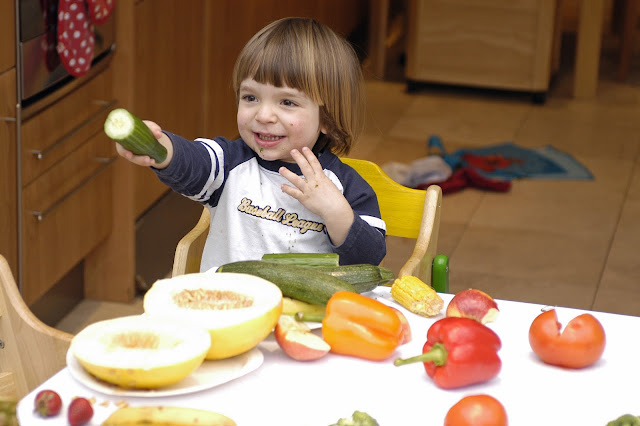 My good friend Lucy Thomas is a child feeding expert and based in London. She features on the show and has great success in helping the children rediscover the fun of eating fruit and vegetables

How is it that something as essential and natural as feeding our children has become so difficult and fraught with problems?

Well, it’s not surprising what with so many confusing and conflicting messages about what and how to feed our children, not to mention being faced with endless varieties of plastic packaged foods that lure us with 5 a day or 100% fruit slogans it’s no wonder parents are faced with such a tough job!

There is, of course, the school of thought that: “If they don’t eat what’s on offer, they don’t get anything else, and they’re not going to starve.”

Working as an expert on Fast Food Baby really reinforced my thoughts and feelings on how difficult this theory can be to adhere to, especially when there are so many emotional and psychological triggers involved with feeding a small child, particularly one who’s been very ill early on in life. The case study I worked on for Fast Food Baby was a little boy called Michael who had suffered from meningitis. Even without a catalyst like an illness, feeding can still be so riddled with anxiety and guilt.

At our Mange Tout classes, I often have parents who readily admit to caving into their toddler’s demands or control over food simply because they want them to eat something, or not wake in the night hungry or be grumpy later on. I also understand and sympathise with this dilemma too having been a nanny for ten years and struggled with my conscience over mealtimes and how much the child had or hadn’t eaten. Thankfully I found some great advice and support from The Infant and Toddler forum 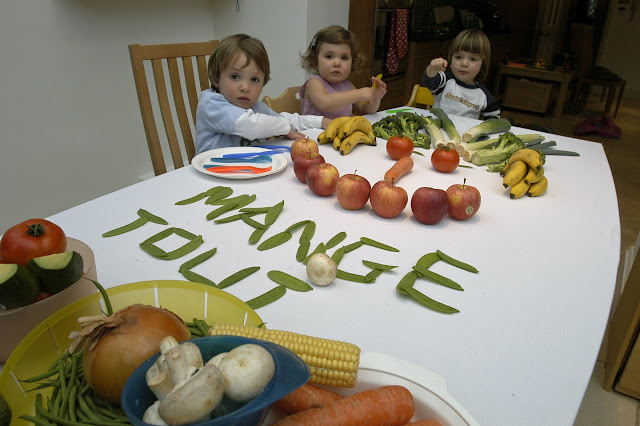 Consulting privately on a one to one basis helping families with young children who don’t eat well for various reasons I come across a wide range of issues that can’t simply be resolved with a quick fix rule. A child surviving on bread and yoghurt due to severe reflux can suffer real anxiety when faced with new or different foods and this needs to be approached with sensitivity by offering opportunities to explore and experiment with food that doesn’t involve the pressure to eat it.

Dr Catherine Dendy a clinical psychologist and feeding expert who also worked in partnership with me on Fast Food Baby also emphasises the real importance of messy play and food exploration. It was this kind of hands-on approach that really worked with Michael during our filming. The family attended Mange Tout classes where parents learn to encourage and model for their children; Dr Catherine Dendy emphasises the importance of this, in encouraging your child to eat well. After all, if your child has never seen “you” eat an orange and is also not willing to help “you” peel and squash one, they’re not very likely to want to put it in their mouth!

During the classes, we discovered that Michael enjoyed raw beetroot! The family also learnt the importance of involving their son in food and mealtime preparation and making it fun, so that Michael became more familiar with the new foods that were later presented on his plate and were then more readily accepted.

From an 18 month old who drank a lot of milk and enjoyed fish, chips and sips of Coca-Cola; Michael’s food repertoire quickly expanded to include vegetable soups, dried fruit, parsnip, cucumber, bananas, and broccoli became a firm favourite!

So how do we address the balance and make sure we are all providing the next generation with the foundations for a healthy balanced life?
Stay tuned next week for Lucy’s top ten tips…til then take a squiz at this video and see Lucy in action here. It will revolutionise the way you feed your toddler!
January 9, 2012 by Ironmum Karla
Previous Post Next Post 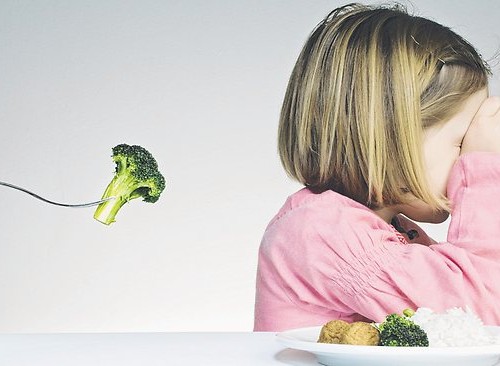 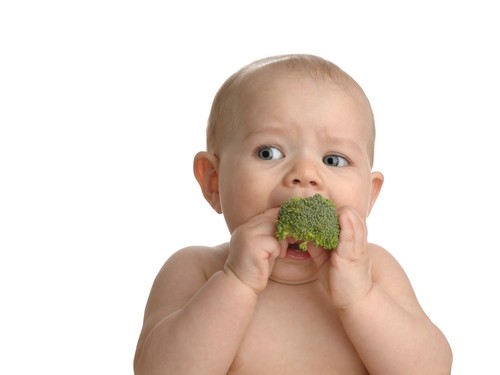 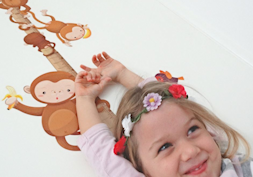 5 Ways to Improve Your Child’s Health Through Nutrition