Tea anyone? Let’s chat about tea varieties and health benefits Tea, tea, tea….black, white, green, herbal the list goes on.  I seem to have about 6 different kinds on the go at one time, dependent on what sort of pick me up I am after.

For me, the tea isle at the supermarket is a bit of a Bermuda triangle…I can get lost in there for some time, trying to decide what I fancy or just plain-looking for the one I am after.  There are more and more becoming available which is makes the process that much harder!!

Tea is a widespread name given to anything really that is jiggled in hot water but purists only consider the black, green, white, oolong and Pu-erh to be ridgy didge. The tea leaves are derived from a plant native to China and India and contain antioxidants called flavonoids which can help fight against free radicals in the body.  Of course all of these teas contain caffeine as well, so if you are sensitive to insomnia it is best you drink up in the morning.
From what I can see here are some health benefits of so called real tea.

+ Green tea – can contain as much caffeine as a coffee, so take it easy.  Brew it twice to lessen the strength if need be. It is a high antioxidant which may interfere with the growth of some cancers and may also help with the burning of fat after a meal and improve your cholesterol.
+ White tea – This is the least processed tea and has the highest antioxidants levels.  It has many of the benefits of normal tea but one that stood out is that it is a  natural killer of bacteria and viruses. The antioxidants are so abundant in white tea that it helps guard against the common cold and flu. Great drink for winter time! I love white tea because it has quite a mild taste.
+ Black tea – Made with fermented tea leaves, black tea has the highest caffeine content and forms the basis for flavored teas like chai, along with some instant and flavoured teas (not to be confused with herbal one 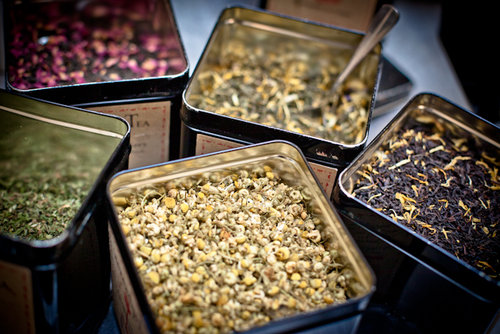 I prefer herbal teas, which have a lower concentration of antioxidants of the ones above but do have some of their own benefits. These are some of the varieties in my cupboard

+ Rooibos tea – I first tried this when I was travelling in South Africa many moons ago, but has stayed firm as one of my favourites. It is a herb that is fermented and best enjoyed with milk added. It does contain flavonoids.

+ Peppermint – a nice little pick me up and refresher. The active ingredient in peppermint, menthol, has an anti-spasmodic effect so it explains why it relieves stomach upsets so quickly and may help to relax muscles and reduce stress.

+ Chamomile – It has a reputation as a drink to have before bed due to its relaxing effect but I just enjoy it for its smooth taste.

+ Roasted Dandelion – I like the roasted variety that comes in granule form and you just add water.  As I don’t drink coffee (just don’t enjoy the taste) this is my alternative.  It is one of the most effective herbs for getting the bloat out and helping relieve water retention.It works great to purify the blood and cleanse the system. Again I drink with a little milk and stevia.

+ Chai – I am talking tea bags here, not the westernised milk powder forms.It is made up of the  spices  cardamom, cinnamon, ginger, cloves, and pepper. Indian chai produces a warming, soothing effect and acts as a natural digestive aid.  Cinnamon also helps to regulate blood sugar levels.