Arriving home from 3 weeks in Hawaii to a bitter cold snap of weather has been a struggle to say the least.  Yes, I wanted to jump back on the plane to the warmth and long days that we had so gotten used to BUT I’ve decided to embrace the season and just get on with it.  What a better way to start than in the kitchen! 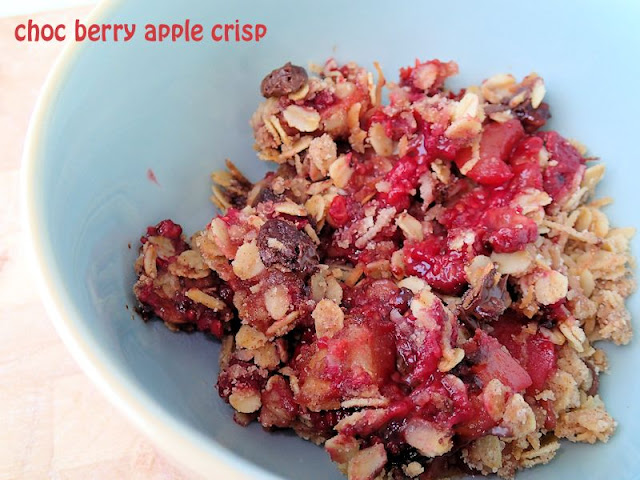 Nothing makes me want to get busy in the kitchen than a bit of winter in the air, so I started tonight with a bang making minestrone soup and this delish chocolate berry and apple crisp.  It is a crumble of sorts but what makes it good is it’s not of the traditional kind but this one is gluten, dairy, nuts and egg free. 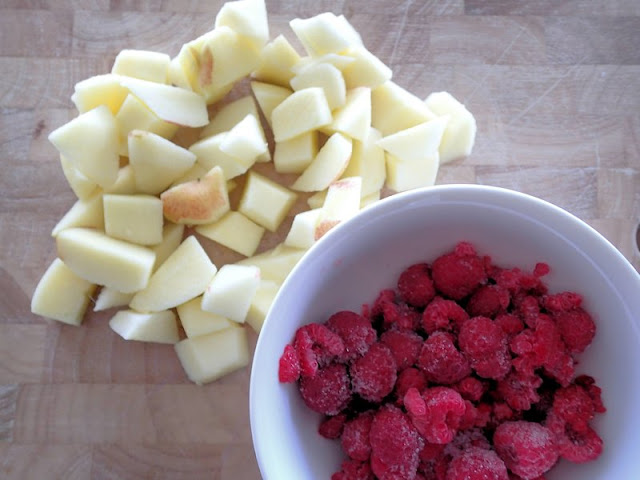 + In a bowl combine the apple, sugar, flour and cinnamon. Gentle add in berries.

+ Pour the mixture into a baking dish

+ Combine the oats, coconut, flour oil, sugar and cinnamon in a bowl and sprinkle the crumble over the fruit base evenly.  Sprinkle the choc chips over the top

What’s one dessert that you make first up at the hint of winter?
May 26, 2013 by Ironmum Karla
Previous Post Next Post