What Does Going Sugar-Free Really Mean? 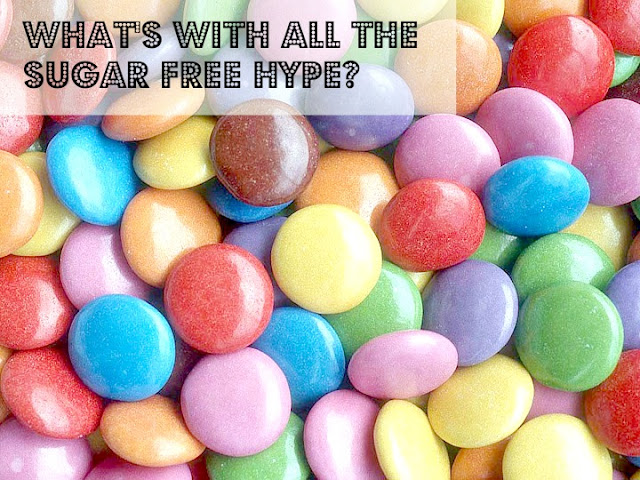 It’s everywhere on the internet at the moment, and it seems at least someone knows someone doing it.  If you haven’t noticed, we have been hit by a sugar-free cyber bug and it has gone viral all over the world.

There has been a great emphasis of late on how sugar, refined sugars in general, have caused an epidemic of obesity.  Some go as far as referring themselves as being addicted to sugar, and according to research, they’re not wrong, with brain scans proving sugar is as addictive as cocaine. A recent feature story on 60 minutes showed it causes a euphoric effect that triggers dopamine, the chemical that controls pleasure in the brain.

Not only does sugar make us fat, but it’s also rotting our teeth, contributing to the type 2 diabetes epidemic, metabolic syndrome and can even contribute to cancer.  Not only are we doing ourselves a disservice but our kids are being influenced by our poor habits.

Now, I don’t think we should be approaching this as a ‘diet’ as such but more so as a way of how we SHOULD be eating.  I think it’s great that so many people are joining in on the bandwagon as the awareness increases but I also hope that the towel doesn’t get thrown in come September 30. It’s not the norm, and our bodies just can’t tolerate the high amounts of ‘oses’ (fructose, sucrose, glucose, plus many more disguised names) found in processed foods.

What does sugar-free actually mean?  Without taking it to the limits it means eliminating everything from your diet that contains more than 5% sugar (5gm per 100gm).  Just take a look in your pantry and you will be surprised at how much is in there.  I’m talking yoghurt desserts, peanut butter, juices, savoury sauces, cereals, it goes on and on.

It’s ok to eat fruit with all it’s nutrients and fibre, as this is considered a natural sugar, but be wary you are not eating more than 3-4 pieces a day (and definitely not juice) as it does still does amp up our insulin levels.

There really should not be any excuses for eating a high sugar diet –  even if you can’t make it to the fresh markets, there are supermarkets open 24 hours in most suburbs now.  You’ll find some isles won’t even appeal to you anymore as you focus on the fruit/veg and meat aisle.   I like to think I follow a low sugar diet most of the time but I do like the occasional sweet treat, but there is definitely no cravings.

So it starts with cleaning out the fridge and pantry, skipping the confectionery, stopping the snacking, changing the way you prepare food, and altering your eating habits.  Anything worthwhile takes effort but the benefits of eating sugar-free are just as important as anything else you could possibly do .Are you participating in sugar-free September?  Do you think you could?